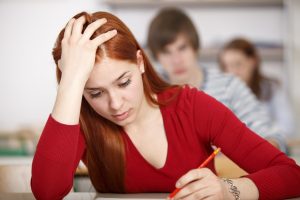 The arm of the ABA responsible for law school accreditation has voted to end the longstanding requirement that law schools must employ a “valid and reliable test” in evaluating applicants. It’s a sad day for douchebags who wear their LSAT scores on their sleeves — and it probably does a lot more to break the power of the U.S. News & World Report rankings than the public relations stunt going on among the T14 right now — but does it really matter to legal education?

Sure… but not in any of the ways folks are talking about.

First of all, it’s worth noting that this rule is not official yet. We went through all this before a few years back — this vote puts the matter on the agenda for the ABA House of Delegates, and in the past that’s where it’s died.

But assuming this actually passes the House of Delegates vote in February, what will law schools actually do in response? Kaplan’s 2022 law school admissions officers survey asked about this possibility this year. Of the 82 ABA-approved law schools surveyed:

The takeaway is that very few schools will abandon testing entirely. Which isn’t a surprise at all. Standardized tests are, all things considered, good. They level the playing field to the extent that GPAs are difficult to gauge across schools (and definitely across countries) and the LSAT specifically is known as an excellent predictor of a candidate’s ability to pass the bar… and by extension become a lawyer capable of paying off law school debt.

But there are also known weaknesses inherent in standardized tests failing to reward worthy candidates. The fact that the ABA required everyone to take the same test for decades created the U.S. News & World Report rankings in the first place. That requirement afforded the rankings service an easy, universal metric to rate school selectivity. To the extent schools complain that the rankings care too much about inputs and not enough about outputs, dropping the testing requirement accomplishes that goal better than an Ivy declaring that they plan to withdraw from the process. Even if the school uses the test as an optional factor in consideration, removing the requirement ends the universality that the rankings exploited.

Ultimately, why should law schools be required to use a test? Admissions professionals know what they’re doing and if they don’t want to use the LSAT (or GRE or whatever) then they shouldn’t have to.

Yeah, this could open the door to diploma mills trying to rip off students who aren’t ready for law school, but as I pointed out before, “Ave Maria is over here charging over $40K/year to students with 148s and 2.84 GPAs. If the point of the LSAT is to help students realize when it’s not worth it, it’s not been working.”

Elie Mystal recently suggested that the law schools pulling out of the USNWR rankings may be setting themselves up to promote diversity in a post-affirmative action world by eschewing a system that penalizes schools for putting thumbs on the scale to build a more inclusive student body. I’m not as convinced that pulling out of the rankings will do that, but I do think eliminating the testing requirement altogether will.

With no requirement, law schools can say “take the test if you want and we’ll consider it as part of a comprehensive review.” But when the school admits a diversity-improving candidate graduating in the top 5 percent of their class, the LSAT isn’t a potential obstacle to making this an academically merited admission instead of the sort of race conscious admission the Supreme Court will reject.

So… most schools are going to keep testing anyway, ending the requirement at best affords schools flexibility to counter retrograde admissions policies spewing from the Supreme Court, it keeps all the advantages of testing with no additional disadvantages, and the rule isn’t official yet anyway.

But other than that, yeah, everyone freak out over the end of the LSAT!

Is the “US News” Ranking System Finally Starting to Crumble? [The Nation]

Earlier: If The ABA Eliminates The LSAT, What Will D-Bags Cite As Their Pick-Up Line?
Company Profiting Off LSAT Deeply Concerned About Prospect Of Not Forcing Everyone To Take The LSAT
Law Schools Dropping Out Of US News Rankings Like It’s A Crypto Exchange