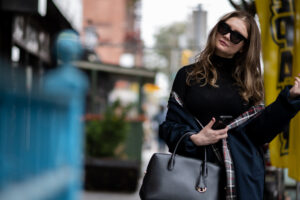 Anna Delvey Sorokin captured the attention of New York society when she weaved an elaborate tale of being a German heiress and pulled the wool over the eyes of Biglaw, financial institutions, and hotels — to the tune of hundreds of thousands of dollars. Sorokin was convicted of financial crimes in 2019, and was released from state custody in February 2021. Shortly after, however, she was taken into custody by Immigration and Customs Enforcement to await deportation to Germany, where she’s a legal resident.

Sorokin’s immigration attorney was Audrey Thomas, but she fired her earlier this year, as reported by Insider:

Sorokin fired Thomas earlier this year, frustrated by the lack of progress on her immigration and criminal appeal cases and because Thomas refused to work during the month of April, which she described as her “birthday month.”

Now it’s been reported Thomas was disbarred, due to conduct in an unrelated case:

According to the disbarment order, Rhea Murray hired Thomas in 2013 to help sell an apartment in Brooklyn. Thomas had access to two escrow accounts that held money from the sale.

Bank records reviewed by the special referee appointed to oversee the grievance against Thomas showed that, over the course of a year, the now-former lawyer siphoned more than $630,000 in funds to different bank accounts, including one that belonged to her law firm.

Thomas said she used the money to promote herself “as an author and radio show host” and for legal expenses but that Murray signed off on her use of the funds due to “a longstanding personal relationship.” (Thomas is the author of the book “Ego Has No Place in the Law.”)

But in a grievance hearing, Murray denied giving Thomas permission to take the proceeds from the sale and testified that she specifically asked Thomas to use the money to help pay down mortgages on other properties she and her family members owned — something Thomas never followed through on.

Following Thomas’s disbarment, Sorokin expressed her pleasure at Thomas’s ouster from the profession:

“I’m happy that the real story is being told and shedding light on my issues,” Sorokin told Insider. “I’m mostly comforted that she cannot do damage to anyone else’s case and life.”

There’s not much love lost between the former attorney and her client. Thomas previously called Sorokin a “dangerous, devious little bitch.” And she seemed to gloat in comments to Insider following her disbarment:

“Just remember I may not be admitted to practice law anymore but there’s nothing to stop me from appearing pro se,” she said in a text message “Tell Anna I said he who laughs last laughs the best. I AM still Audrey A Thomas AKA Sandy!!!!!!!!”

Sorokin was released from ICE custody last month, though she remains on house arrest in Manhattan pending the resolution of her criminal appeal and immigration case.

Supremely Slow Out Of The Gates

Supremely Slow Out Of The Gates