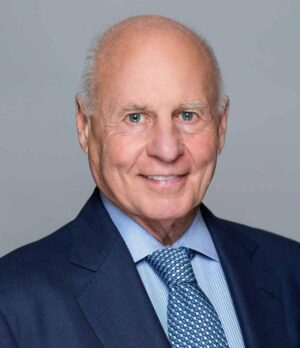 One of my ATL editors says that Tom Girardi stories are gifts that keep on giving. Here’s another “gift”: The bankruptcy court has ordered the sale of the Girardi residence along with some personal property to help satisfy creditor claims.

The home, originally priced at $13 million, is still listed for sale, but at $7.5 million. I wonder how many lenders, especially the juniors, will take haircuts on this.  (“Haircut” being a term used by bankers in special assets departments — appropriately called “SAD” — for not being repaid in full.)

But it’s not just the house. The auction catalogue says that there are 220 lots for sale. “[A]cquired from Girardi’s highly televised Pasadena mansion, this auction will offer everything from classic European furnishing, art glass, sports memorabilia, luxury goods, law books [no comment] to modern art prints, silver, and more.” Stroll through the auction catalogue if you’re at all curious about how one Beverly Hills housewife and husband lived, even if they didn’t live in Beverly Hills.

One more Girardi tidbit: the LA Times ran a story not long ago about a now-retired appellate judge who had a relationship with him (yes, he was married to Erika at the time) and who allegedly received money from Girardi’s trust account to close on an oceanfront condo in Santa Monica. Just the headline alone was sufficient to raise eyebrows.

One of the things that lawyers do (and it was harder to do during COVID-19 shutdowns) is to wander down the hall and ask other lawyers for their thoughts about a particular matter, how to handle it, what would they suggest as a strategy, and other questions. It’s a great way to be a mentor as well as a mentee, to get some “boots on the ground,” some “reality checks.” It is issue-spotting, but not in isolation. We’ve all been there. That’s why we turn to each other. And there are always ethical issues, too.

The California Supreme Court Committee on Judicial Ethics Opinions is soliciting comments on a draft opinion about the propriety (or not) of the types of conversations permitted under the Canons of Judicial Ethics so that consulting with other judges does not run afoul of them.

The draft discusses a number of the Canons, but homes in on the discipline meted out to a judge, Lisa Novak, by the California Commission on Judicial Performance. In that matter, Novak advised her judicial colleagues at a meeting that she had found at a hearing that a sheriff’s sergeant had perjured himself, calling it an “FYI” for her colleagues. At the disciplinary hearing, Novak testified that she thought that the “FYI” was mandated due to the close relationship between the court and the sheriff’s office. The Commission publicly admonished Novak, determining that she was not “consulting” with her colleagues, which is permissible under the Canons, but instead “informing” them. So, informing them could conceivably affect her colleagues’ impartiality and independence.

The draft opinion cites the various Canons for its tentative conclusion that “judicial consultation may necessitate and properly include a discussion of the facts or law of the particular case.” It would be too strict a construction “that a deciding judge may not consult with another judge on any matter for fear that the second judge might one day, hypothetically, need to decide similar facts or assess the credibility of the same witnesses.”

The tentative conclusion approves of judicial consultations that hew to that test. The draft opinion also trusts that judicial officers have the integrity, if inadvertently exposed to facts or witness credibility in another case, to disregard any information in the same way that they would disregard any other inadmissible evidence.

And if you need any more evidence that social media can backfire big time, here’s the story of an Orange County defense lawyer, who represented a gastroenterologist in an egregious med malpractice/wrongful death case and bragged that he was able to defend it in less than one hour. His bragging went viral. Not only did he denigrate the plaintiff’s case in a number of disgusting ways (such as telling the jury to not believe the death certificate, calling the case an example of a “personal injury industrial complex” and other comments), he admitted in the video that the decedent was “probably negligently killed, but we kind of made it look like other people did it.” The death certificate said that the decedent had died of sepsis and peritonitis due to a tube-perforated colon. The attorney also argued that the plaintiff’s case was a form of “extortion.” What kind of victory lap was this? A serious backlash resulted.

Everyone brags about winning, but this one was beyond the pale, drawing harsh criticism from the legal community. The lawyer subsequently apologized, but it was TLTL.

Anyone else offended by these comments? Yup, the trial judge. He tossed the verdict. Among the factors the court looked at in tossing the verdict were that the 12-member jury in this complex case was out for less than 30 minutes, did not ask to see exhibits, and apparently didn’t review the evidence.

The new attorney for the gastroenterologist argued at the hearing that the comments were intended as “hyperbole.” Please. No lawyer, not even a newbie, would agree. The adage is that when you have dug yourself a hole, stop digging. Or, as I prefer to say, STFU.

Jill Switzer has been an active member of the State Bar of California for over 40 years. She remembers practicing law in a kinder, gentler time. She’s had a diverse legal career, including stints as a deputy district attorney, a solo practice, and several senior in-house gigs. She now mediates full-time, which gives her the opportunity to see dinosaurs, millennials, and those in-between interact — it’s not always civil. You can reach her by email at oldladylawyer@gmail.com.