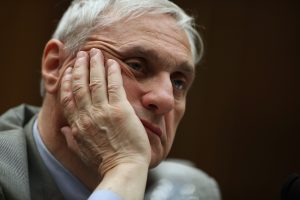 Donald Trump’s efforts to stick it to Twitter reached a new milestone yesterday when a brief was filed in the matter, and oh boy, is it a doozy. The case, which is currently on appeal to the Ninth Circuit, argues Twitter was acting on behalf of the government when they suspended his account following the January 6th insurrection. The brief argues Trump’s outlandish tweets following the attempted coup were analogous to the unpopular, but ultimately accurate, thoughts of Galileo Galilei, who was prosecuted by the Catholic Church for saying the earth revolved around the sun.

“Most people once believed these to be crackpot ideas; many still do. But crackpot ideas sometimes turn out to be true… Galileo spent his remaining days under house arrest for spreading heretical ideas, and thousands of dissidents today are arrested or killed by despotic governments eager to suppress ideas they disapprove of. But this is not the American way. We believe the path to truth is forged by exposing all ideas to opposition, debate, and discussion.”

If you thought comparing the 45th president to the scientific genius — and inspiration for a real bop by the Indigo Girls — was blasphemous, just wait till you hear what else the brief says.

It goes on to characterize wild conspiracy theories about the COVID-19 vaccine and the validity of the results of the 2020 election as “correct or at least debatable.” Let me put none too fine a point on the matter — no, they aren’t. And it is precisely the constant advancement of these lies that is detrimental to the nation.

Trump is represented in the matter by Washington attorney John Coale, California attorneys Andrei Popovici and Marie Fiala, and, notably for Above the Law readers, former Ninth Circuit Judge Alex Kozinski. Kozinski was brought into this mess in July — with the hope to leverage his Ninth Circuit knowledge in their appeal.

The former judge’s fall from grace happened in 2017. Kozinski retired amid a sexual harassment scandal that rocked the legal world. While the jurist was somewhat famous in legal circles for his bawdy sense of humor, the extent of the alleged harassment — asking women clerks to view pornography with him in his chambers, making inappropriate sexual comments, and verbal abuse heaped on females working in his chambers — was more hidden. However, an exposé on the judge sparked an avalanche of over a dozen women coming forward to share their experiences with the judge. But his retirement short-circuited any investigation into the allegations.

But despite the once-upon-a-time respected name attached to the brief, it is not garnering a lot of respect from the legal community.

Alex Kozinski claims in his bar profile that he’s fluent in Yiddish https://t.co/pedGg8brLb.

Though Kozinski did manage to write a brief full of fercockteh bubbe meises, & has a putz for a client whose chances of winning are bupkes, there’s no way the momzer is fluent in Yiddish https://t.co/H2BTxTu4av

Looks like Kozinski is coping with his fall by hiring himself out as a trollish legal mercenary. Sad to see. For all his flaws, he’s way too smart for this. https://t.co/lMlPktew3v

But that’s to be expected once you lie down with “the 2020 election was stolen” dogs.

Is Trump Hanging Onto Even More Classified Documents? His Lawyers Can’t Say. Or Won’t Anway.