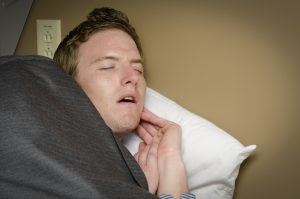 In April, Florida Governor Ron DeSantis signed the “Stop WOKE Act” to “stand up against discrimination and woke indoctrination.” The law purported to protect workers from discrimination by basically banning DEI programs, and to protect students by banning the teaching of critical race theory in all schools, from kindergarten through universities.

“No one should be instructed to feel as if they are not equal or shamed because of their race,” DeSantis chirped. “In Florida, we will not let the far-left woke agenda take over our schools and workplaces. There is no place for indoctrination or discrimination in Florida.”

He was echoed by his Lieutenant Governor Jeanette Nuñez, who promised, “We will always fight to protect our children and parents from this Marxist-inspired curriculum.”

The law was immediately challenged by a consortium of academic and student plaintiffs led by Adriana Novoa, a history professor at the University of South Florida, and student Samuel Rechek, who is enrolled for spring of 2023 in Professor Novoa’s Science in Cultural Context, a course which covers so-called “WOKE” concepts.

The case landed on the docket of Judge Mark Walker, an Obama appointee, who noted the Orwellian aspect of claiming to prevent indoctrination by authorizing the state to defund universities if professors express opinions contrary to those espoused by Governor DeSantis and his cronies in Tallahassee.

To confront certain viewpoints that offend the powers that be, the State of Florida passed the so-called “Stop W.O.K.E.” Act2 in 2022—redubbed (in line with the State’s doublespeak) the “Individual Freedom Act.” The law officially bans professors from expressing disfavored viewpoints in university classrooms while permitting unfettered expression of the opposite viewpoints. Defendants argue that, under this Act, professors enjoy “academic freedom” so long as they express only those viewpoints of which the State approves. This is positively dystopian.

The defendants’ position is that “the First Amendment offers no protection here … because university professors are public employees, they are simply the State’s mouthpieces in university classrooms.” In testimony, the state even admitted that having a guest lecturer in law school who agues that “affirmative action is good” — as has Justice Sonia Sotomayor in her biography — would fall foul of the law and be treated as hate speech, risking millions of dollars in state funding. But this is not censorship, they insist, because professors can still teach about affirmative action — they just can’t express support for it. If they want to say that it’s bad and racist, though, they can have at it.

This is, of course, classic viewpoint discrimination. And while the state certainly has the right to regulate curriculum, i.e. content, that is different from saying “you may teach that affirmative action exists, but you may not express the opinion that it is good.”

“To the extent Defendants urge this Court to determine that university professors’ in-class speech is always pure government speech, the weight of binding authority requires this Court to decline the invitation,” the court notes, dropping down to a footnote linking to several Federalist Society papers decrying the scourge of judicial activism, including one by a professor who was recently cancel cultured from Georgetown University Law Center (or quit, if you want to get technical) for making heterodox “racially tinged” comments.

Because there is Eleventh Circuit case law on point, and it doesn’t support the state’s position, Judge Walker cites Bishop v. Aronov, a 1991 case out of Alabama in which a physiology professor was reprimanded for inserting his religious beliefs, including those about evolution, into his lectures.

In Bishop, the Eleventh Circuit considered three factors under its “case-by-case” approach—namely, (1) “the context,” (2) “the University’s position as a public employer which may reasonably restrict the speech rights of employees more readily than those of other persons,” specifically with respect “to reasonably control[ling] the content of its curriculum, particularly that content imparted during class time,” and (3) “the strong predilection for academic freedom as an adjunct of the free speech rights of the First Amendment.”

As to the first factor, context, the court finds that the law not only “chills potential speech before it happens,” but that it “impose[s] its own orthodoxy of viewpoint about the content it allowed within university classrooms.”

The court is particularly scathing about the second prong of the test, in light of the state’s insistence that it is merely upholding Title IX’s anti-discrimination provisions and preventing a hostile work environment as prohibited under Title VII.

Defendants try to dress up the State of Florida’s interest as a public employer and educator as prohibiting discrimination in university classrooms, but this does not give Defendants a safe harbor in which to enforce viewpoint-based restrictions targeting protected speech. In short, it is no answer that the challenged provisions are situated within an anti-discrimination law. To the extent Defendants suggest a viewpoint-discriminatory restriction on protected speech is immunized from a First Amendment challenge because it is situated within an anti-discrimination law, they are mistaken.

In contrast, the teachers and students here do have a strong First Amendment right to express their own opinions. Academic freedom is a cornerstone of free expression, and no amount of contortion makes restricting it a blow against indoctrination and censorship.

‘T]he State of Florida says that to avoid indoctrination, the State of Florida can impose its own orthodoxy and can indoctrinate university students to its preferred viewpoint,” the court writes indignantly. “This extravagant doublespeak flies in the face of ‘the invaluable role academic freedom plays in our public schools, particularly at the post-secondary level.’”

Judge Walker also bought the plaintiffs’ argument that the statute was void for vagueness, because how the hell could you know if you’d run afoul of a prohibition to “espouse, promote, advance, inculcate, or compel such student or employee to believe [that] …. Members of one race, color, national origin, or sex cannot and should not attempt to treat others without respect to race, color, national origin, or sex?”

Is that even English?

So the law is enjoined, at least insofar as it allows the Florida Board of Governors to enforce it against institutions of higher education. Although this is the Eleventh Circuit so what happens next is anyone’s guess.