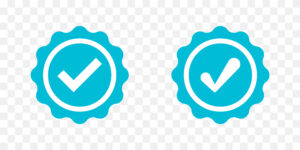 Okay, by now we’ve all had our enjoyable chortle over the debacle that is Elon Musk’s Twitter. The pay-to-play blue checkmark process was such a disaster — and a predictable one at that — the program has already been suspended. But Jimmy Fallon is not dead, and Eli Lilly is not giving away free insulin. And while it may have started as a joke, there were predictable consequences for shareholders as the Eli Lilly tweet that wasn’t actually from Eli Lilly, despite the blue checkmark, went viral, tanking stock prices.

Edelson’s preliminary theory: By awarding verification badges to the fake corporate tweeters, Twitter enabled the imposters to trick consumers and even shareholders. (Eli Lilly and Co experienced a sharp, if temporary, stock drop after tweets from a corporate account that carried the blue-check verification.)

“Twitter built up years of trust in the blue check mark,” Edelson said. “That’s why the stocks tanked.”

Edelson is also leaning on the… unorthodox reveal of the new product (never mind it may be in violation of an FTC consent order) to bolster his legal theory.

Plaintiffs’ lawyer Edelson said the chaotic launch of Twitter’s new (and now-suspended) alternative verifications system boosts his argument that the site is responsible for misleading users. There was no formal announcement last week that verification badges could no longer be viewed as an assurance that Twitter was vouching for an account’s authenticity, Edelson said.

“The way Twitter has been speaking to people is just through Elon Musk tweets,” he said. That’s not how companies usually communicate big changes, Edelson said. Musk’s messaging was also muddled, he said, by seemingly contradictory descriptions of the new subscription plan.

Of course this is a novel legal theory, so you can use some salt in assessing the potential case against Twitter. There are a lot of layers of knowledge and intent in any potential theory of liability that will have to be addressed

But it does seem a pretty good bet that the social media company’s traditional best friend, Section 230 of the of the Communications Decency Act, may not be the hero it usually is. Though Section 230 provides a shield for publishers for the harm created by third-party content, some lower courts have found that if the publisher’s actions contributed to the harm then the shield will not attach.

Under that reasoning, said Alejandra Caraballo of the Harvard Law School Cyberlaw Clinic, the key question for Twitter is whether tweets from fake corporate accounts would have wreaked as much havoc if they had not been accompanied by Twitter’s own verification badges, which have long been considered a sign that Twitter employees had determined the legitimacy of the account.

“The badge has always counted as speech,” added Blake Reid, a technology law expert at the University of Colorado Law School. “That’s why Twitter was so sparing in giving them out.”

There’s certainly a legal argument available to Twitter, but not everyone feels so great about its chances:

“Twitter will argue, ‘The underlying harm isn’t from what we created but from what the user created,’” said Section 230 expert Jeff Kosseff of the U.S. Naval Academy’s Center for Cyber Security Studies. “If I were a Twitter lawyer,” Kosseff added, “I would not want to rely on that argument.”

Of course with bankruptcy being floated, potential labor law violations, and the pesky matter of the FTC, this legal risk probably doesn’t rate too high at Twitter HQ right now.