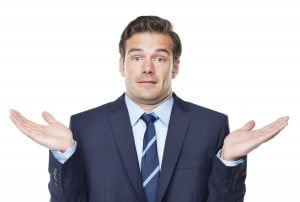 Some clients believe that a good lawyer can be almost like a miracle worker who can find a loophole or pursue an unusual legal strategy that can win a case. In certain circumstances, creative lawyers can advance interesting legal theories that can give a client the best chance at succeeding in a matter. However, one of the most limiting factors for lawyers is the facts of a case. Sometimes, lawyers can rigorously pursue discovery, issue subpoenas, or use other unique methods to marshal evidence for a case. However, if the facts of a matter are against a client, there is little that a lawyer can do in order to change the circumstances of a matter.

At times in my career,  the facts of a matter simply did not play out the way that my client or I thought they would. For instance, several years ago, I handled a lawsuit in which the circumstances of the matter strongly indicated that an accident had occurred in a given way. All of the available evidence at that time indicated that an accident occurred a certain way, and this narrative was favorable to my client.

However, as we got photos, emails, and other documentary discovery, it became clear that the accident likely did not occur the way we had first thought. Indeed, an alternative theory of the matter seemed to develop indicating that certain parties were less at fault than they would have been under our initial theory of the case. My client was certain that this was incorrect, and once we took depositions, the truth of the matter would be revealed, and testimony would show that our initial theory of the case was correct.

However, after the depositions, it became even more clear that our theory of the case was not completely accurate. All of the witnesses stuck to their stories and seemed confident that the accident occurred in a manner differently than we previously thought. The client could not believe that the witnesses were telling the truth, but there was no real reason why the witnesses would lie, especially since they were under oath. It seemed as if the facts were simply not what we thought they were when the litigation was initiated.

It can be easy to blame lawyers when a case does not go the way that a client wishes. Indeed, clients may believe that if questions were asked a different way, or if some additional diligence was conducted, the facts would have revealed themselves in a different way. However, no amount of lawyering is going to uncover facts which simply are not true or are not borne out by the circumstances. In such situations, lawyers and clients alike need to move on from the factual deficiencies of a case and look to other strategies in order to claim victory in a matter.

For instance, lawyers can file motions to exclude evidence that might not be favorable to their clients. Sometimes, information is not properly exchanged during discovery, which might limit the ability of a lawyer to use this information during motion practice or trial. In addition, sometimes information that is bad for a client might not be legally admissible, and motions can be filed to exclude such evidence for considerations.

Lawyers can also pivot their case theory from one that might not be supported by the facts to one that is supported by the facts. Most causes of action are broad enough to be supported by a wide range of factual circumstances that might be revealed during discovery. This might require more work on the part of a lawyer or client, but this can help fortify a case that suffers issues due to the failure of facts to crystalize during discovery.

All told, of all of the parts of litigation, lawyers have the least control over the facts of a matter. But with some creativity and legal work, lawyers can sometimes adapt to the circumstances for the benefit of a client.

Jordan Rothman is a partner of The Rothman Law Firm, a full-service New York and New Jersey law firm. He is also the founder of Student Debt Diaries, a website discussing how he paid off his student loans. You can reach Jordan through email at jordan@rothmanlawyer.com.