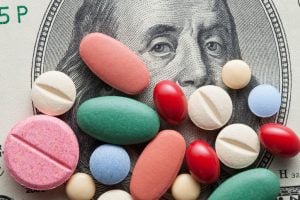 A lot of people remain frustrated with the high prices that many prescription drugs command. The issue is an evergreen source of discontent for American consumers, who are often asked to pay even more for their drugs so that patients in other countries can get the same medicine at subsidized rates. (It is a safe bet, therefore, that you can expect to hear more about “plans” for bringing down the cost of prescription drugs from various and sundry actual or aspiring political office holders as we approach Election Day. For all the political jawboning, actually reducing the price of drugs — both branded or generic — seems like a challenge too daunting for politicians in the grips of the pharmaceutical lobby.) Still, there are some positive developments, such as the very successful launch by billionaire and Dallas Mavericks owner, Mark Cuban, of his Cost Plus Drugs drug company. Just look at the testimonials to see the impact that his efforts are having.

As is, well-known, branded drug companies are often able to maintain monopoly pricing based on a combination of regulatory and patent-based exclusivity. In fact, many generics will time their Hatch-Waxman challenges against patents protecting a branded drug around the regulatory expiration date for a given drug, so that they can — if successful in their legal and FDA approval efforts — be able to launch their proposed generic as soon as possible after getting approval to market. Yet, despite a robust and mature group of generic companies ready and willing to target branded drugs protected by patents, there are still calls for government intervention in the effort to bring relief to customers from high drug prices.

At least one potential pathway for government intervention has generated a lot of discussion over the years. For example, back in 2017, one of my fellow columnists on these pages issued a call for the exercise of “march-in rights” under the Bayh-Dole Act in the fight against high drug prices. Put simply, the idea behind march-in rights is that when government funds are used to fund research that leads to a marketed drug, then the government can ensure that the drug is being made “available to the public on reasonable terms.” Sounds like a fair trade on its face, with the drug companies benefiting from federal research dollars and the government having a measure of input into the cost of drugs arising out of that research for the benefit of Americans. But in the 40-plus year history of the Bayh-Dole Act, the government has never exercised its march-in rights, despite loud calls to do so. At the same time, there are legitimate voices in opposition to the idea, based at least in part on prior experiences with the pharmaceutical industry.

While I’m not going to resolve, or even take sides on, the debate around march-in rights as a potential tool to lower drug prices, it was interesting to see a recent decision involving the Bayh-Dole Act in a patent case involving the United States as a defendant. In that case, brought by the University of South Florida as the patent owner, a bench trial was held in December 2021, focused on the work done by two USF professors in developing a line of transgenic mice for use in Alzheimer’s disease research. Their work was aided by a federal grant made to the Mayo Clinic, with funds from that grant to Mayo making their way to USF pursuant to a “consortium agreement … between the two entities.”

At issue in the bench trial was whether the United States enjoyed a license under the Bayh-Dole Act to USF’s patent, based on the research funding that had made its way to USF in conjunction with the research that led to the patented invention. In order to win, the United States had to “establish by a preponderance of the evidence that a conception or a first actual reduction to practice occurred in the performance of a Government contract.” Put another way, there must be a nexus between the funding and the patented technology in order for the government’s license defense under the Bayh-Dole Act to work.

In the USF case, the court was “persuaded that the evidence shows that the subject invention was first reduced to practice while the inventors were working pursuant to a funding agreement.” Accordingly, there was a license to the United States, with USF taking nothing from its claim against the government. At trial, an April 1997 reduction to practice date was agreed to by the parties. The disputed issue at trial centered on whether there was an implied subcontract between Mayo and USF in place at the time of conception, since it was undisputed that the actual agreement between the entities was not signed until November 1997. Here, the court found that USF had created a grant account in 1996, based on a ““tacit understanding” that grant funds would flow from the NIH to the Mayo Clinic and ultimately to plaintiff.” Under the circumstances, therefore, reduction to practice happened while the inventors were operating under a funding agreement with the government — thereby entitling the United States to a license.

Ultimately, the USF case presents an interesting example of government investment in scientific research helping to shield American citizens from patent-based financial exposure. The result may be a welcome one for the public, but the readthrough to use of the Bayh-Dole Act in the context of drug prices is limited at best. While the calls for invoking march-in rights in the context of drug prices are unlikely to stop anytime soon, the likelihood of government intervention seems far-fetched at the moment. Indeed, even in the USF case, the march-in rights were only raised by the government as a defense. In the meantime, American citizens will continue to depend on the willingness of the generic drug industry to challenge branded drug companies as perhaps the primary means for getting cheaper drugs to market. For now, the only marching will be by branded drug companies to healthy monopoly profits for as long as their patents hold up.

Please feel free to send comments or questions to me at gkroub@kskiplaw.com or via Twitter: @gkroub. Any topic suggestions or thoughts are most welcome.

Gaston Kroub lives in Brooklyn and is a founding partner of Kroub, Silbersher & Kolmykov PLLC, an intellectual property litigation boutique, and Markman Advisors LLC, a leading consultancy on patent issues for the investment community. Gaston’s practice focuses on intellectual property litigation and related counseling, with a strong focus on patent matters. You can reach him at gkroub@kskiplaw.com or follow him on Twitter: @gkroub.