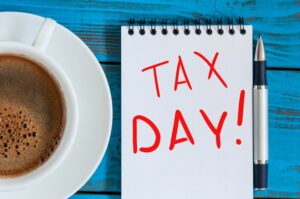 * Good news, taxes might be easier to do! They really should just automate them next. [Business Insider]

* California is looking out for the youth. Over/under until this ends up in court for free speech issues? [LA Times]

* Sure would be a shame if this governor served time for mailing a bunch of people as a publicity stunt. Super bad. Wouldn’t want that… [WFLA]