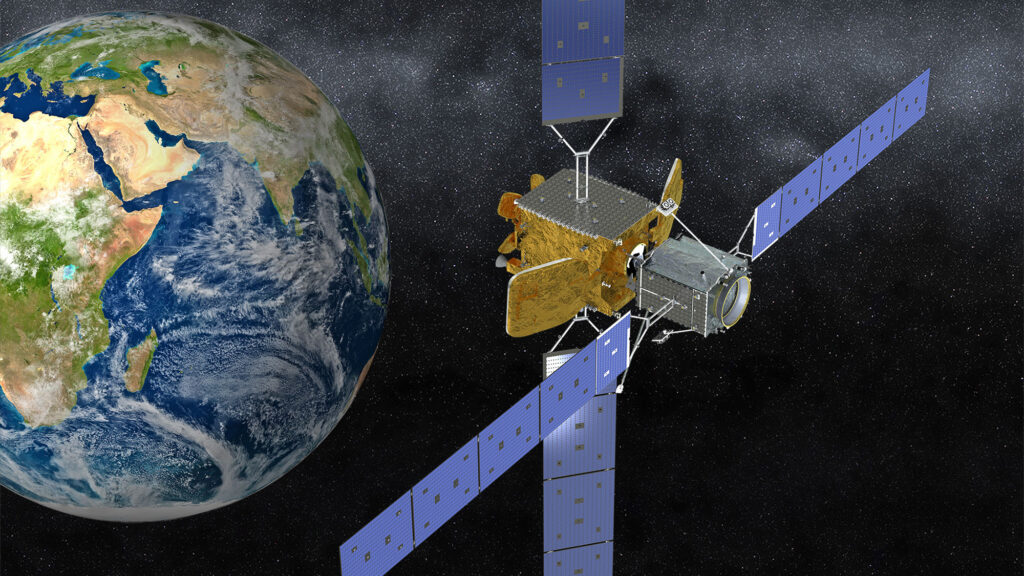 WASHINGTON — The National Space Council on Monday held its first “listening session” with commercial industry on new space activities — including debris removal and on-orbit manufacturing efforts supported by the Pentagon — to survey the playing field, and feed into development of new regulations designed both to spark innovation and prevent risks.

Vice President Kamala Harris, council chair, tasked members at their last meeting Sept. 9 to come up with “a proposal for the authorization and supervision of commercial novel space activities within 180 days,”explained Diane Howard, the council’s director of commercial space policy. That period of time will expire March 7.

“Novel space capabilities can be new and unprecedented space technologies, but they can also be novel combinations of more established activities,” Howard told the virtual meeting. “So, for today’s meeting, we’re using the term ‘novel activities’ to relate to those missions and activities that are not directly reviewed under existing regulatory regimes at the Department of Transportation, the Department of Commerce and the FCC.”

All three of those agencies are responsible for a different aspect of space regulatory policy. The Transportation Department, via the Federal Aviation Administration, regulates launch and re-entry with an eye on mitigating risks. The Commerce Department, via the National Oceanic and Atmospheric Administration, regulates commercial remote sensing satellite operations. And the Federal Communications Commission, which is independent of the White House, regulates the use of radio frequency spectrum by commercial satellite operators (and other users such as wireless phone networks).

Each speaker gave a three-minute presentation, which ranged in substance from “Shark Tank”-like sales pitches to “airing of grievances” — a feature of the satirical “Festivus” holiday popularized on the “Seinfeld” TV comedy series.

For example, the non-profit National Space Society’s Clark Thomas gave a sales pitch for a $500 million, five-year “system level demonstration” of space-based solar power funded by the Energy, Commerce, or Defense departments “or a combination of all three.” Noting that China, Japan and the United Kingdom have ongoing programs, he asserted: “Whoever leads in space solar power has the opportunity to lead in the development of near space and the US needs to act quickly to be a contending leader in this technology.”

Mary Lynne Dittmar, chief of government and external relations officer at would-be commercial space station operator Axiom Space, took a position slightly contrary to the industry mainstream by arguing that there is not yet a working economic sphere in low Earth orbit (LEO) — where there is a boom in industry (and DoD) interest for new types of satellites and services.

“There are business cases that are developing for a future LEO economy, but it does not today exist,” she said. “As with any economic development in a new environment, the greatest contribution that the government can make is to enable private enterprise to develop the infrastructure necessary to grow that economy. This means there must be a predictable, transparent and common sense regulatory framework that protects investment and lower barriers to entry for private capital.”

And in a not-so-subtle swipe at the FCC’s recent activism on debris mitigation and satellite servicing, Dittmar stressed the need for clarity about which agency is legally responsible, via congressional authorization, for regulating what activities. “Of note, the federal government should do everything possible to restrain regulatory intrusion that has not been explicitly authorized by Congress to include assertion of regulatory authority where it does not in fact exist.”

In general, the industry presentations stressed the need for a more coherent regulatory regime that didn’t require them to go to multiple agencies, multiple times to receive licenses for their planned on-orbit operations. They also stressed that any new rules shouldn’t be so onerous as to discourage startups and small companies.

Howard explained that each of the speakers at the meeting, as well as those presenting at the follow-on meeting to specifically address potential government oversight efforts next Monday, will be able to ask the council for a follow-up one-on-one meeting to elaborate on their plans and concerns.

Further, she said, “anybody and everybody is welcome to submit something to the docket. We encourage you to do so.”