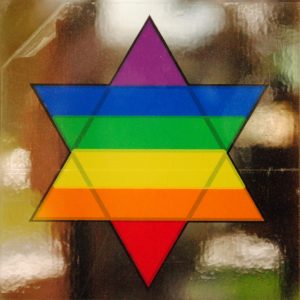 For those following the nuanced case of Yeshiva University’s fight for the right to discriminate against the gays, there has been quite the development. The nation’s highest court has spoken on the issue. And while it really boils down to “figure it out before you come to our doorstep,” the breakdown of the ruling handed down is making waves.

The Supreme Court denied a bid by Yeshiva University to block an LGBTQ+ student organization from forming on campus and is sending the issue back to the New York courts.

In a 5-4 ruling against the Jewish university on Wednesday, the Supreme Court denied Yeshiva’s request to put a New York County Supreme Court decision on pause, and the school will now need to go through the New York court system.

Now we get a lot of readers at Above the Law. Odds are, a great many of you are confused over how a case that has went through the New York Supreme Court  will need to go “through the rest of the system.” What?! Supreme über alles, right? You, my dear reader, are one of today’s lucky 10,000!

A fun idiosyncrasy about New York. New York’s Supreme Court is actually one of its lower ones. New York’s court of last resort is the Court of Appeals — which, to my mind, sounds like it would be the intermediary tier rather than the ultimate, but I’m not the juridical architect here. Anyhoo, back to wanton discrimination in Yeshiva’s name.

With the Supreme Court’s denial — the federal court of last resort with no accountability, not New York’s — Yeshiva will have to trog its way through the appellate tiers of the New York Court system before it can have its day in the sun with the Christian Six. If the school makes it all the way back to Guns For Jesus Court, it would make for quite the interesting fact pattern. Sure, SCOTUS ruling in Yeshiva’s favor would be a boon for religious discrimination nationwide — finally schools will be the focal point for the right to be a bigot instead of damned cake shops — but unless some of the conservatives have a change of heart, or the conversion rules become a lot more lax really quickly, it will be much harder for them to pray with the defendants before they grant them a totally impartial win.

Speaking of the Alito, Clarence, Gorsuch, and Barrett, not everyone was happy with the decision.

Alito’s dissent states that the First Amendment allows Yeshiva University to freely exercise its religion, and added that it’s doubtful a return to state court will be successful for the school.

“I doubt that Yeshiva’s return to state court will be fruitful, and I see no reason why we should not grant a stay at this time. It is our duty to stand up for the Constitution even when doing so is controversial,” Alito wrote.

New York County Supreme Court Judge Lynn Kotler ruled on June 14 that because the university is chartered as a nonreligious organization, it must be in compliance with the New York City Human Rights Law.

Not to worry. Given the relative success of this fact pattern, it is only a matter of time before a similarly situated Christian “nonreligious organization” deciding to violate a New York City Human Rights Law makes its way up through the “Supreme Court” to the Supreme Court proper. Enjoy the basic right to congregate with each other at nonreligious organizations while you can, LGBTQ+ folks. And the rest of us, too. You might not be the target right now, but no heart is free of sin.