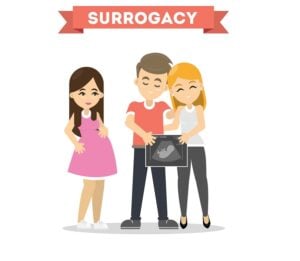 The practice of surrogacy — where a pregnancy is gestationally carried by one person for another — can be a beautiful way for hopeful parents-to-be to achieve the dream of parenthood. But what if those parents-to-be had the ability to be pregnant themselves, but still chose surrogacy?

The Society for Ethics in Egg Donation and Surrogacy, better known as SEEDS, is a nonprofit focused on ethical egg donation and surrogacy matching by agencies. In recent years, the voluntary membership organization has been working to establish “best practice” standards. As a condition of membership, member agencies are required to meet the SEEDS standards within one year of their adoption.

Recently ratified, all SEEDS’ proposed standards passed by an overwhelming percentage vote in favor. Diane Hinson, chair of the SEEDS Standards Committee (as well as owner and founder of the surrogacy agency and law firm Creative Family Connections) explained that it took the committee over a year to draft the standards. The standards were put out for public comment, and then the committee made revisions. All told, Hinson estimates she and the committee members have each spent hundreds of hours on these standards. “For the most part, surrogacy and egg donor agencies had no governing regulations,” Hinson explained. “These standards are an effort by the industry to hold itself to best practices. Being part of SEEDS will tell intended parents and surrogates that an agency is following these standards. That can be a really helpful piece of information to have when trying to decide which of many agencies to work with.”

Some of the standards seem easy enough to meet: agencies should be licensed as a business, should provide services in a nondiscriminatory manner, and should not engage in coercion, fraud, misrepresentation, or unethical conduct.

However, among the standards, a few have generated more controversy and discussion than others, including the new standard opposing social surrogacy. (Hinson notes that even this standard passed with a 75% vote by the SEEDS membership.)

The SEEDS standards in question, Standard #24(a) states as follows:

An Agency shall not provide service to Intended Parents unless they demonstrate a need for surrogacy associated with a disease, condition or status characterized by:

So that seems to preclude wholly voluntary surrogacy arrangements where the parents have no medical need for a surrogate. At least by SEEDS members. But why? Why not let private parties have the same amount of freedom as they do in other spheres of life?

A step too far from international and domestic standards. The U.S. is already an outsider when it comes to its permissive status and support of surrogacy arrangements. Much of the world prohibits or severely limits the practice, with the most common antisurrogacy concerns focused on fears surrounding the commodification of children and the exploitation of women. Moreover, in contrast to the individual-rights-focused U.S., many countries do not hold the same belief — or level of belief — that a person has a right to be a parent or make certain reproductive choices.

Proponents of social surrogacy restrictions argue that the U.S. is already fighting for the legitimacy of its surrogacy practices. The country is an outlier in allowing compensated (paid) surrogacy and permitting single and same-sex intended parents. Social surrogacy, some argue, is a step too far.

Moreover, the SEEDS’ standard is consistent with guidelines established by the American Society for Reproductive Medicine, which counts among its members the vast majority of reproductive endocrinologists (fertility doctors) in the United States. Such guidelines address concerns that surrogacy for mere “convenience” purposes assigns the serious medical risks of pregnancy — including maternal mortality — to another without sufficient justification.

Scarce resources. Another reason argued for the restriction or ban of social surrogacy is that the number of intended parents seeking surrogates far, far outweighs the availability of interested and qualified women volunteering to be surrogates, resulting, at times, in multiyear waitlists. Each social surrogacy arrangement takes away the chance for a couple with medical need, and no other path to genetic parenthood, from being able to find a surrogate available to help them.

Reproductive freedom and choice. Those opposed to restrictions on social surrogacy have arguments rooted in a familiar and all-too-current topic: that of reproductive freedom and choice. Those on this side of the line argue that the choice of who a surrogate carries for should be entirely the surrogate’s to make. It is her body to decide what risks she undertakes and for whom she takes those risks.

Ashley Old, a two-time gestational surrogate, agency case manager, and my co-worker, explained that disclosure is key. For her, it is important that a surrogate is given full information to know why an intended parent is turning to surrogacy. The surrogate, in turn, should have the autonomy to decide who she carries a pregnancy for. Old believes most surrogates are motivated to help others become parents and are more likely to want to help those with a medical need forcing them toward surrogacy. But she can imagine plenty of exceptions, and in such cases: surrogate’s body, surrogate’s choice.

What does the law say? States like Louisiana and Illinois specifically require documented medical need of intended parents in a surrogacy arrangement to comply with the state surrogacy law. Louisiana requires that a doctor “who has medically treated the intended mother … submits a signed affidavit certifying that in utero embryo transfer with a gestational carrier is medically necessary to assist in reproduction.”

Utah previously required “medical evidence … show[ing] that the intended mother is unable to bear a child or is unable to do so without unreasonable risk.” But that provision was struck down by the State Supreme Court after determining it was unconstitutional as applied to a same-sex male couple and could not be read a in gender-neutral way. (The SEEDS standard is, by contrast, gender neutral.)

For many intended parents with limited or no other options — whether due to surviving a cancer battle or being in a same-sex relationship — sitting on a wait list for a surrogate is incredibly frustrating. Especially when the queue includes those who could get to the finish line without help. But in a country that is not always fully supportive of women’s careers, pregnancies, and parenthood, the calculation can be a tricky one. For the people putting themselves at risk for others — shouldn’t the decision be in their hands?

Ellen Trachman is the Managing Attorney of Trachman Law Center, LLC, a Denver-based law firm specializing in assisted reproductive technology law, and co-host of the podcast I Want To Put A Baby In You. You can reach her at babies@abovethelaw.com.