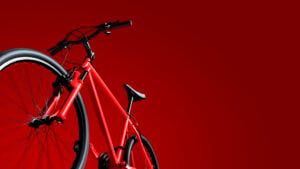 The real threat on our roads.

You know, Biglaw and cycling law aren’t that different from each other. The wheels keep on turning, be they the wheels of commerce or Continental Gatorskin. Both have been known to interact with the police when numbers get fudged — Biglaw has its accounting issues and cyclists get ran through the runner when it comes to license plates.

A lawyer who represents victims of traffic violence landed in some legal trouble of his own after cops cuffed him for trying to fix a motorist’s illegally obscured license plate, throwing him in a jail cell for several hours and charging him with criminal mischief.

Adam White, an attorney at the firm Vaccaro and White, says he was biking to work last Friday on Fourth Avenue in Brooklyn when he spotted a Chevy SUV with a piece of plastic obstructing a single digit on its license plate — a common (yet illegal) practice that helps drivers evade traffic cameras or tolls, or flee after hit-and-runs. Mayor Adams has pledged to crack down on the practice, despite members of his own administration — and many cops — employing it themselves.

Looking past judging this guy for his strong hall-monitor energy, this is a weird thing to jail a man for. No way that fixing someone’s illegally obscured license plate is worse than Josh Hawley knowingly violating transparency laws or Brett Favre stealing millions from welfare recipients. When teaching criminal law and sentencing, some law professors go into the ethical and practical dimensions of determining why a person should receive the specific punishment that they do for committing a crime. In an ideal world (which wouldn’t have prisons), each punishment should be evaluated on its on terms. That said, it is super weird for this guy to get more jail time for fixing an illegal license plate than *insert litany of violations committed regularly by people in positions of authority.* This is especially true when his direct action helps to generally make the road a little safer for everyone else. Also, specifically. Turns out the guy whose license was obscured has a bit of a traffic record.

The driver, who White believes may be either a municipal employee or adjacent, has racked up 26 violations since 2019, including six for speeding in school zones, according to city records via How’s My Driving.

You really do wish that things like this were a rare occurrence but reality is often disappointing.

“This is what I do for a living. People are getting killed and maimed all over the city, and you can’t identify a vehicle. It’s undermining all laws, speed cameras. Police don’t do anything about it,” said White. “It’s becoming more and more rampant.”

Thank you for fighting the good fight, fellow lawyer-cyclist. Maybe if people start obeying road laws and doing their jobs, you’ll be able to retire your vigilante status. Until then, be the hero Gotham deserves. I won’t be bailing you out though.