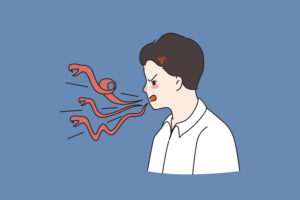 Attorney Nicholas D. Mosser was sanctioned — to the tune of $3,600 — by the Sixth Court of Appeals in Texarkana for “disrespectful” comments.

“While this court does not take the matter of sanctions lightly, we cannot ignore the many disrespectful statements Mosser has made to this court — about this court, the trial court and the administrative judge — that are without any basis in fact,” the court said in the order.

The problematic behavior the ethics complaint accuses Mosser of is described by Law360:

While representing his client, Mosser allegedly made comments about Chief Justice Josh R. Morriss III, accusations against trial court and administrative judges and talked to court staff in a disrespectful manner, the court said. For example, in one filing, he said Morriss didn’t “appreciate the law of Texas on where to file, how to file and what to file.”

The court warned Mosser in an order in January to cease his commentary about the court, saying his statements “impugn the integrity” of staff and judges. It said Mosser accused the court of deception by creating secret orders when having a disagreement over a rejected motion.

In that order, the court told Mosser not to use profanity when speaking with the clerk’s office or address staff in a hostile manner.

In briefing, Mosser also described rulings of the trial court as “atrocious conduct of the individual masquerading as a judge.”

But what really caught the attention of Above the Law is the justification Nicholas Mosser’s law partner, James Mosser, gave to the court for his comments in the sanctions hearing:

“My concern is that, notwithstanding the fact that Nicholas’ documents and pleadings may be aggressive and even unkind to the court sometimes, I don’t see any evidence that it disrupted or interfered with the progress of this court,” James Mosser said in that hearing. “If we didn’t interfere with justice or a criminal proceeding, we didn’t do anything bad, we’re just mean people. … It’s not contempt,” James Mosser said.

That… does not seem like a justification for the alleged conduct.

The court also denied Mosser’s motion to have the appellate judges disqualified and the Supreme Court of Texas denied his transfer request.

Mosser said he plans to appeal the sanctions order.

Law Schools Leaving The U.S. News Rankings: Implications For This Year & The Future